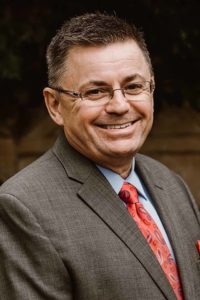 Bill joined Meals on Wheels PLUS of Manatee in November, 2015 as Controller and was promoted to Vice President/Chief Financial Officer in 2019.  He is responsible for leading the organization’s Finance, Risk Management, Grant Reporting, Human Resources and Technology functions, including supervision of 5 colleagues. Bill graduated from Bryant University, Smithfield, RI with a Masters in Business Administration, Masters in Taxation and Bachelors in Business Administration and has maintained an active CPA license since 1986.

Prior to joining Meals on Wheels PLUS of Manatee, Bill was Vice President of Tax for TriNet (formerly Gevity HR, Inc.), a Professional Employer Organization from 2008-2014. Throughout his career, which began in 1979, Bill has served in several Tax/Finance leadership roles throughout various industries and was Senior Manager for KPMG’s State Tax Consulting practice in Tampa, FL from 1996 – 2001. Bill has published articles for FICPA Today and The MultiState Journal of Taxation and Incentives.